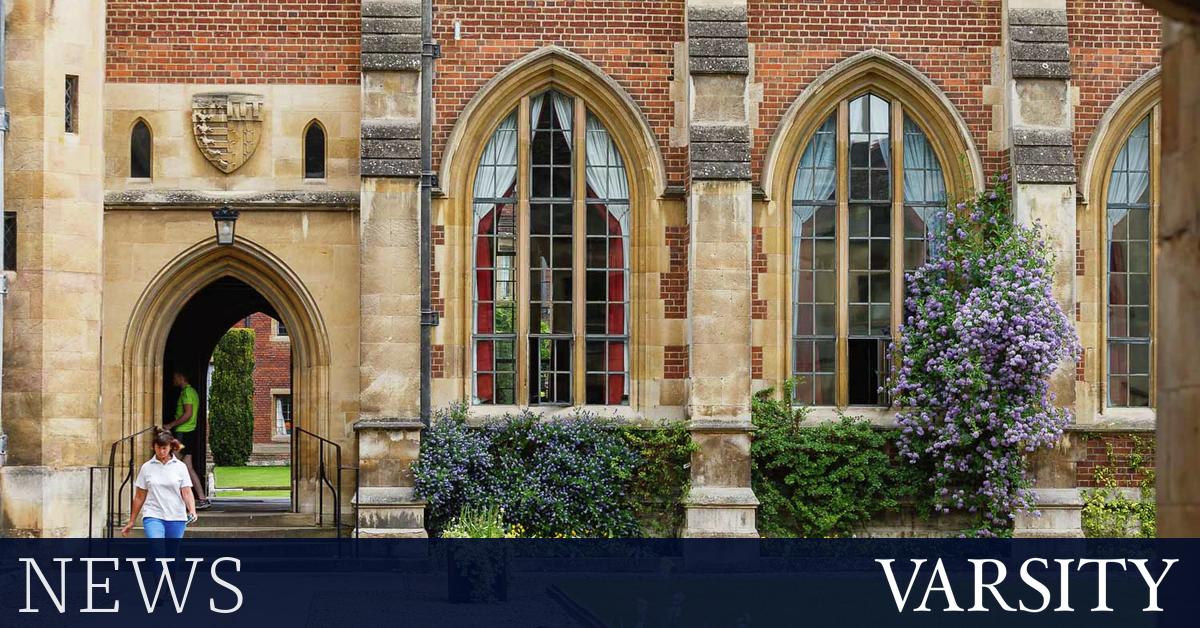 Pembroke College has decided to continue awarding scholarships from a fund originating in money from the slave trade, Varsity has learned.

The College argued the fund’s continued use was appropriate as “reparation targeted at particular groups” and has been met with criticism from BME students.

The College uses the Trust Portal to grant bursaries to students. The charity was previously called the Sir John Cass Foundation, and was renamed in the wake of the Black Lives Matter movement.

John Cass was the fund’s benefactor and sat on the board of directors at the Royal African Company, where he held significant investments.

The company transported nearly 150,000 people into slavery in brutal conditions between 1672 and the early 1720s.

Cass was actively involved in the day to day running of the organization in the early 1700s. 2,347 slaves died at the company’s hands while he was a director.

Pembroke established a scholarship program worth £ 120,000 with the Foundation in 2018. When this came to an end in 2021, the College consulted students on whether to continue with it, writing in an email that they were “particularly keen to hear from [their] students of color ”. Two students reportedly responded to the consultation, both in favor of continuing the scholarship.

Student representatives argue they were sidelined by the College in discussions about the issue.

Maya McFarlane, a former BME Officer on the College’s Junior Parlor Committee (JPC) told Varsity: “As Black students, we are always told that we are heard and seen, but we are rarely actually listened to, or understood. Anyone can claim to be anti-racist, but continuing to maintain connections with money that was directly built from the pain of enslaved people, does not seem anti-racist to me. ”

The current BME Officer, Fatimah Lulat said : “It is upsetting to see the College fail to be transparent regarding the Portal Trust. Continual funding of a scholarship through an organization that has a clear link to slavery is a failure to support its minority students. ”

A Pembroke spokesperson told Varsity: “We are sorry that one of the members of the Equality and Diversity Committee was unhappy with the outcome of that Committee’s deliberations. All students who identified as interested were given the opportunity to express views, as were alumni and previous holders of Portal Trust grants. In line with the consultation responses, the College feels that the use of the Portal Trust funds as reparation targeted at particular groups is appropriately given the source of funds.

“The College is continuing its work on a Legacies of Slavery project and other initiatives to support BME students.”

Safa Al-Azami, a representative on the JPC, criticized the timing of the consultation over the summer, when students were “less engaged”. She said: “The College cannot believe that a consultation of only two students would adequately reflect the student’s views, especially as its elected body, the JPC, have opposed it.”

The decision comes as other Cambridge colleges confront their historical links to the slave trade, with a church court recently ruling against Jesus College removing a memorial to Tobias Rustat from their chapel.

We are therefore almost entirely reliant on advertising for funding and we expect to have a tough few months and years ahead.

In spite of this situation, we are going to look at inventive ways to look at serving our readership with digital content and of course in print too!

Therefore we are asking our readers, if they wish, to make a donation from as little as £ 1, to help with our running costs. Many thanks, we hope you can help!