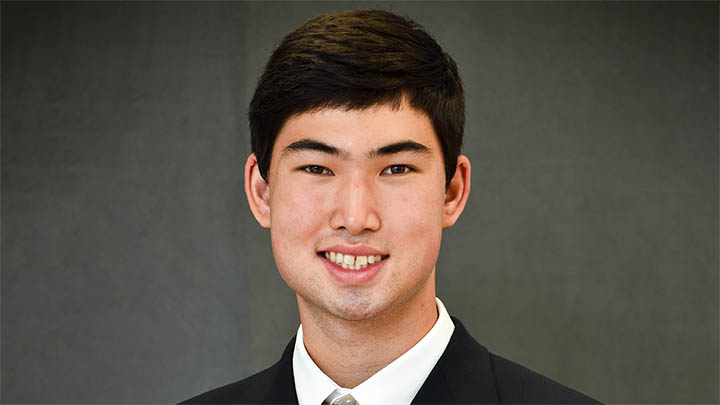 Michael Sorrell, a mechanical engineering major slated to graduate in 2023, says his experience at The University of Alabama in Huntsville, a part of The University of Alabama System, and specifically with the Honors College, has been formative. “In the Honors College, I have like-minded peers motivated to work hard,” Sorrell shares. “The class sizes are smaller and go more in depth, and you form a community of friends you can stick with.”

Much of the Sorrell work is doing in these classes is applicable to his work in the Space Hardware Club (SHC), a student organization that gives students the chance to work on projects like CanSats, rocketry and rovers. His team at the SHC was recently selected to compete in this summer’s University Rover Challenge finals in the desert of southern Utah.

“Our original goal was to get the rover done in 2021,” Sorrell confides, “but it took every bit of two years to get where we are. We had to design the rover, follow the design requirements and solve engineering problems along the way. ” At times, some design problems took months to work through. Sorrell says this taught him “to take my time and go back to basics when I encounter a problem.”

Crucial to his team’s development of the rover, Sorrell adds, was the application of skills learned in class to the rover’s design and construction. “I took a machining class with Mr. Jon Buckley, ”Sorrell says,“ and that class gave me the knowledge and skills to machine specific parts of the rover. ”

This experience has prepared him for work in the real world. “I’ve done design work, I’ve learned how things are manufactured and I’ve made parts myself,” the student says. “And as the logistics lead on the rover project, I’ve learned how to make a budget, book hotel rooms and plan for food and emergencies. It’s given me a big picture view of both the technical and logistical parts of a project. “

Sorrell’s experience has also come in handy while interning and working for Northrop Grumman, which he has been doing since his freshman year. “I got the internship through the Northrop Grumman Engineering Scholars program in high school. Every summer I have an internship there, ”he notes. “My first summer I worked on engineering drawings, 3D modeling and analysis, which were things I was learning in my classes.” His supervisor liked his work so much, he asked Sorrell if he’d be interested in working part time during the school year in addition to his full-time work over the summers. Sorrell jumped at the chance.

The following summer the student honors worked in the space systems sector, and that was where he was introduced to vibration and environmental testing. “I’d never had a class on this,” Sorrell confides, “but I found it incredibly interesting.” The study of the effects of vibration, such as an earthquake, on computer or server racks is a time-consuming process that involves taking things apart and testing them physically. “I thought there might be a way to improve that process,” Sorrell says, “and we could simulate the effects of vibration without the costly and time-consuming physical tests.” He approached his boss about conducting research on this topic, and he was met with support and encouragement.

That’s where being one of the first two recipients of the Stanley E. Prevost Honors Scholarship connected with this newfound interest in vibration. The Prevost Scholars are funded through a gift by Stanley E. Prevost, and the scholarship is designed to function as an Honors within an Honors program.

“The scholarship requires us to pursue a topic for in-depth research,” Sorrell explains. “I was already looking for a topic to investigate, and my interest in vibration just clicked.” The combination of the scholarship and his work in the Honors College has helped him with his current work and his future plans. “I’ve been able to get to know Dr. Mr. Wilkerson better and meet Mr. Prevost. Their encouragement to pursue research has helped me so much. They know my strengths and direct me to people and topics that fall in those areas. And I’ve received information on future plans like graduate school and fellowships. “

Sorrell’s future plans are already underway. He’s in the JUMP program, so after he graduates with his bachelor’s in 2023, he will attend UAH for one more year and graduate with his Master’s of Science in Aerospace Systems Engineering. After that, Sorrell says he plans to live and work close to home, at least for now. “I hope to continue to work for Northrop Grumman. I grew up here, ”Sorrell says. “My family lives here.”